Have a listen to No Filter on CHUO 89.1 FM for December 16, 2019.
Had a phone interview with the Toronto band The Sarandons.
They will be playing Cafe Dekcuf this Friday night.
The interview is in the second hour around the 35 minute mark.
Other shows to check out are:
Hockey Dad, DZ Deathrays and Horror My Friend at the 27 Club
Kasador, Tribe Royal and Rebelle at Babylon Nightclub
The Wooden Sky’s 10th Annual Holiday Revue
Hour One:

END_OF_DOCUMENT_TOKEN_TO_BE_REPLACED

Totally forgot to post March’s playlist.
Listen to the tracks that came out in that month.

END_OF_DOCUMENT_TOKEN_TO_BE_REPLACED

Happy Halloween!
Have a listen to No Filter for October 30, 2017.
I had the Ottawa band Galapagos in the studio.
To talk about their show this Friday at Bar Robo and perform a live session.
You can listen to Galapagos in the second hour around the 25-minute mark.
END_OF_DOCUMENT_TOKEN_TO_BE_REPLACED 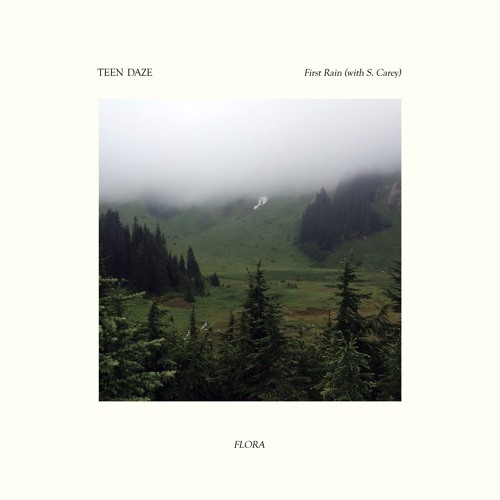 In the mood for ambient mellow music?
Teen Daze released single #2 called First Rain which features S. Carey who plays in the band Bon Iver.
The track is taken from the upcoming album Themes For Dying Earth which drops on February 10, 2017

First Rain was the first song I wrote for the new LP, and the first to be written in my newest home studio. We had just moved into this new place, which is much more secluded and quiet, and I started recording almost immediately. The sound of the rain you can hear at the start and end were done on that first day of recording, right outside our front door. As the song progressed, and I tracked more instruments, having vocals lead the song felt more and more necessary. I listened to the instrumental over and over, but could never come up with something I liked. It was around this time that I contact Sean about possibly helping co-produce a song, or to collaborate in some way. He’s quite a busy guy, and involved in more than enough projects, so when he was eager to contribute I was so ecstatic. I’m such a huge fan of his, and having him want to be involved was a dream. When he sent me back what he recorded, it was so immediately perfect for the song. In an email exchange we had after everything was finished, he noted that it felt like we’re both appealing to the best versions of ourselves, and I couldn’t agree more.”
– Teen Daze (Jamison Isaak)

Listen to the November 21st show of No Filter.
HOUR ONE: