Ottawa musician and visual artist Hard Science has finally dropped the long awaited full-length album called Dreaming in Stereo.
The album was 9 years in the making and all the all blood, sweat and tears has come out.
Lots of great vocal collaborations from Theaterina and Olexandra from The Peptides.
It is a mix of DIY experimental Electro-Dance and 80s New Wave pop music.
Sometimes I felt like listening to background music to some video game.
Nice album to get on vinyl which you can get on analogkitchun records
Best tracks:

I’d give Dreaming in Stereo: 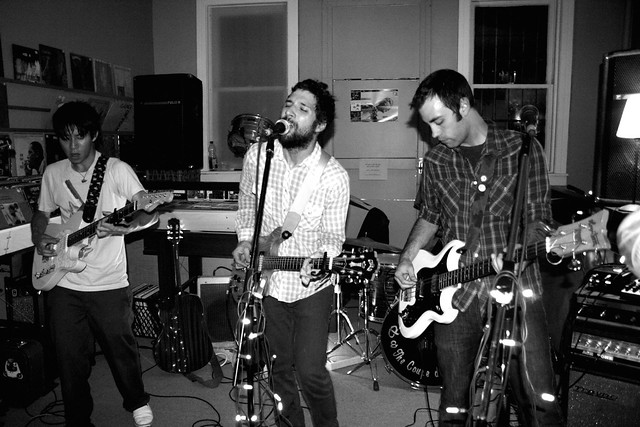 Time flies by so quickly in the music scene.
One album in particular still has inspired people to listen with their heart’s contend on what is considered an autobiography to a Canadian immigrant story.
It is The Acorn‘s second full-length album Glory Hope Mountain.
Here are the details:
“With expansive lyricism and a wide musical palate, it recounts the remarkable life of Gloria Esperanza Montoya, a Honduran refugee who overcame surreal and traumatic odds before fleeing to Montreal, Canada in 1972.
Based on months of conversations with her son, Acorn songwriter Rolf-Carlos Klausener, the album bridges art-pop, experimental folk, and the indigenous traditions of Honduras and the Garifuna.
It was nominated for the Polaris Music Prize in 2008, and garnered the band international tours with Bon Iver, Calexico, Fleet Foxes, and UK’s ELBOW, in addition to their own.”
Strangely enough, I never did an album review of it.
But I did put it on my own best of the albums that came out in the 2000s.

To celebrate the 10th anniversary of their seminal album Glory Hope Mountain, The Acorn will perform an exclusive hometown show on Saturday, April 22nd, at St. Alban’s Church.
Opening up for them is Montreal’s Un Blonde and featuring live projections by Ottawa media artist HARD SCIENCE, as well as special messages from Refugee 613, and the Embassy of Honduras.
Tickets are $10 advanced or $15 at door and it is All Ages/19+