This is very ambitious for Joel Plaskett!
On April 17, 2020, the day before his 45th birthday, he will release 44 which is a four 11 song record via Pheromone Recordings.
A conceptual follow-up to his JUNO-award winning triple record, Three, 44 is a visionary project comprised of four, 11-song records, packaged together and connected thematically. Four years in the making, the songs were recorded in Dartmouth, Memphis, Nashville and Toronto with 33 different musicians.
The first single from the first album, “Head Over Heels Into Heaven” was co-written by Joel and Mo Kenney and features The Emergency (Dave Marsh & Chris Pennell).
The leading single has a catchy airy pop rock vibe to it.

Very excited about this and can’t believe this will be their upcoming fourth album in the span of 6-7 years!
Nap Eyes will release their new album, Snapshot of a Beginner which will be their most concentrated and hi-fi effort to date.
Dropping on March 27, 2020 via Royal Mountain Records (say what!?) / Jagjaguwar (Yay) , in partnership with Paradise of Bachelors (Huh?).
The lead single/music video is Mark Zuckerburg which I find is their most uplifting cohesive really-not-really stoner rock track!

END_OF_DOCUMENT_TOKEN_TO_BE_REPLACED

Rich Aucoin dropped the second single plus music video for The Middle!
This track is making me all emotional and also a shorter song!
As quoted on Noisey:
““The Middle” is an extremely earnest, charming-as-hell reflection on the self at the midpoint of life and death. ”

Halifax band The Olympic Symphonium will drop their upcoming album Beauty In The Tension on February 9, 2018 via Forward Music Group.
So far the band has dropped a music video for Comedy and a track called Thanks A Lot.
Here are the details about the album.
“Beauty In The Tension is the result of rural isolation, small comforts, and the discovery of two pairs of Dark Side Of The Moon pajama pants.

For six days last winter, Nick Cobham, Kyle Cunjak, Dennis Goodwin, and Graeme Walker holed up in the legendary Old Confidence Lodge studio in Riverport, Nova Scotia to focus on 13 new compositions. Working long days with the help and stamina of engineer Diego Medina, the band laid down a batch of songs that were road-tested and ready to be captured in this magical Oddfellows Hall-cum-studio.

The wait is over! After a three year drought!
Rich Aucoin dropped a new single plus music video for Release!
The track is instrumental but it has that Euro-electro dance vibe a-la Daft Punk.

Rich Aucoin’s “Release” was directed by Dave Hung, who worked on Kanye West’s infamous Famous video, and was shot on four separate occasions off the coastline of Nova Scotia.

Finally something new from Nap Eyes!
Every Time the Feeling is taken from the upcoming album I’m Bad Now which drops on March 9, 2018 via You’ve Changed Records (Canada), Paradise of Bachelors (USA) and Jagjaguwar (UK & Europe)
Listen to their mellow alternative rock tune!

Jon McKiel will release his album Memorial Ten Count on March 10, 2017 via You’ve Changed Records.
The leading single is Conduit and have a listen to the song.

Details about the album:
Jon McKiel makes an impassioned return with Memorial Ten Count, (named for the fabled toll that marks the death of a champion boxer), equal parts blister-forming-grit and punch-drunk-wistfulness.
In these trouble days, first single “Conduit” offers a system of love, an anthemic and relentless peace sign to America, with intricate guitar arrangements and anxious psychedelic vocals.
Hailing from Sackville, NB, Jon McKiel is the steady, stalwart son of the East Coast. A long-time collaborator with a steady rotation of acts – including the celebrated supergroup, Weird Lines – he is the purveyor of some of Canada’s most brilliant, emotive, but still somehow unassuming indie rock.
Memorial Ten Count is the follow up to McKiel’s self-titled 10” (2014), the Tonka War Cloud LP (2011), and the Confidence Lodge EP (2011).
RIYL: Cousins, Fake Palms and Preoccupations 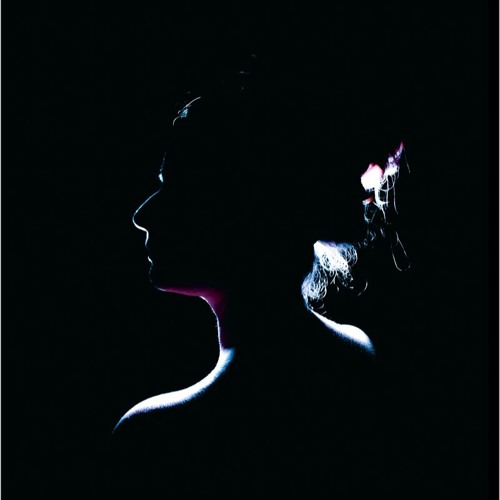 Check out the music video from Jenn Grant.
Galaxies is taken from the upcoming album Paradise which is available on March 3, 2017 on Outside Music and BaDaBing Records.

Reminder that she will be in Ottawa on March 25th at the NAC.
Details are on here.