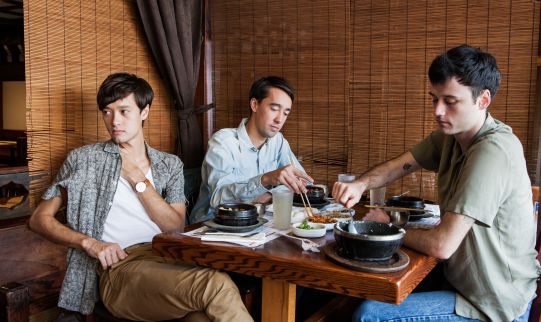 POP ETC who was formerly known as The Morning Benders released their music video Vice.
Vice is taken from the album Souvenirs.

Chris Chu proclaims, “We wanted to make a video that wasn’t about an obvious vice (drugs, alcohol, etc), but still centering around some kind of addictive/obsessive behavior. Food was the first thing that came to mind, as we’re all obsessed with food, and the amount of time we spend looking for and going to restaurants, as well as researching food related stuff is definitely borderline unhealthy. In the video we wanted to capture that kind of nightmarish, weird scary quality that any kind of obsessive behavior can lead to.” “Vice” can be found on Souvenir which was released earlier this year.